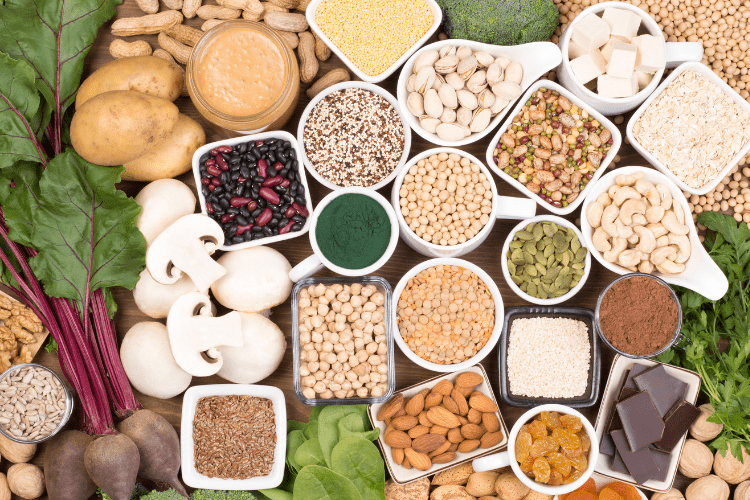 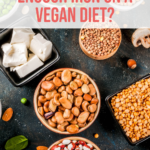 One of the most common worries parents have is whether their kids can get enough iron on a vegan diet. We are schooled from very early on to believe that iron comes from red meat, and we need to eat red meat to get enough iron.

But is iron really such a big deal for vegan kids?

The truth about iron intake is that it is actually dependent entirely upon how varied and healthy your child’s diet is, not how much red meat they eat. If they eat a varied diet full of vegetables, grains, legumes and meat (if they’re an omnivore) then they will get enough iron. If they have a high processed diet, then it doesn’t matter whether it’s vegan or not, it will be hard for them to get enough iron.

In fact, if you look at the Australian Dietary Guidelines, they recommend that 2 and 3 year olds only eat about 65g of meat a day, and 4 to 8 year olds eat 100g.

So even the Australian National Guidelines aren’t expecting kids to get all of their iron from red meat.

So What Do Vegan Kids Need to Eat to Get Enough Iron?

While I was studying to become a nutritionist, I had an assignment where I had to research a nutrient that is difficult to get on a vegan diet. I chose iron.

One of the tasks was to design a one day diet plan for a child so that they could get enough iron in a day.

Thinking it would be hard, I decided to start with an approximation of what I fed my kids (on a good day, mind you… I promise you not every day is like this one!) and go from there.

Except when I entered it all into Foodworks, it came out the the day’s iron intake was higher than it needed to be. If only all of my assignments were that easy!

I can totally hear you asking, what the meal plan was, so here is a daily meal plan for a 4 year old.

And Foodworks calculates that day of food out as having 13mg of iron, while the daily intake for a 4 year old is 10mg.

So, as you can see, your kids don’t need to eat fancy foods, or superfoods for them to get enough iron. They just need a good variety of healthy whole foods like wholegrains, nuts and seeds.

When Should You Get Your Vegan Kids Tested for Iron

So, when do you need to worry about iron? Well, as I said above, the main sources of iron are veggies, wholegrains, legumes, tofu and other soy products. So if you’re kids aren’t eating a lot of these then their levels might need to be checked at the GP. At the moment, my 4 year old is going through a super fussy phase where he isn’t eating much at all, so I’m giving him an iron supplement (my favourite is Floradix, a liquid iron supplement).

It’s also a good idea to get your kids tested if they’re seeming very tired and crabby, or are looking quite pale. Definitely make sure you get them tested to find out their levels instead of just supplementing, because you can get sick from too much iron.

And finally, here are some great iron boosting recipes for your kids. My kids absolutely love these recipes, and I use them all the time, especially when they’re going through a fussy stage.

If you’re after more information on ingredients that are high in iron, or other important vegan nutrients, grab the guide below.