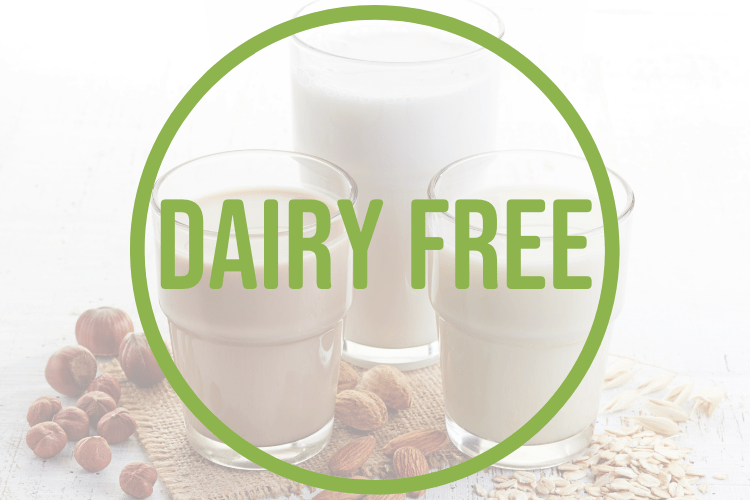 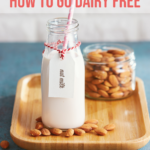 So, now that we’ve gone meat free and egg free, now it’s time for the dairy to go. These days there are so many dairy free options out there, it’s actually super easy to give up the dairy.

But, in some ways, all the options can make it harder because you have no idea which to use! Do you use soy, oat, coconut or almond milk? Is hazelnut milk worth the money? And does pea milk really exist?

The most common question I hear about going dairy free is what milk should I give my kids? That is such an important question that I’ve actually written a whole separate post about it. You can read about which milks are best for kids here.

But what about everything else? Well, unfortunately I’ve found that there is not one plant milk for everything, although oat is pretty close. Another thing is that different brands of milks taste different, as well as different types. Ah it’s oh so complicated, but don’t panic, because I’ve put together a guide down below for all the options.

Plant Milk for Coffee and Tea

Ok, let’s start with the most important ones, right?

A common problem people come across with using plant milks in coffee is the milk curdling. This happens because the acidity of the coffee causes the milk to curdle. An easy way to fix this is to use a barista style milk. These have extra stabilisers in them to stop it from curdling. You can find barista style soy and oat milks at the supermarket. Alternatively, I’ve found that if you add milk first, and don’t make boiling hot coffee, that also helps stop the curdling.

You can use any plant milk that you like in coffee, depending on what you like the taste of. Personally, I find almond milk to be too watery (but many people do rave about it), and I don’t like the taste of coconut milk, although it is more creamy. I quite like soy milk in coffee, especially the new milky tasting ones. Oat milk also tastes really good. I had a friend who ran a vegan cafe, and he would often make coffees with oat milk and non vegans couldn’t even tell the difference.

I had just about given up on having tea again until I came across oat milk. It is seriously the only milk I can stand in tea. I’ve even given a non vegan friend oat milk in her tea and she was amazed at how similar it tasted.

If you don’t drink oat milk, I have heard that unsweetened almond milk works in tea, too.

Plant Milk for Other Uses

This is another time that I think Oat milk shines, because it has quite a neutral taste. If not, then almond milk works well, or you could try a milky style soy milk.

When you go dairy free, you really need to find a plant milk that you like the taste of if you want to enjoy a glass of milk. In my house, we like the vitasoy brand soy milks, but it’s really just a case of trying some different types, and different brands, to see what you like. You could even try out some of the fancier milks like hazelnut or cashew. Just watch out because they can get a bit expensive.

You need a really neutral flavoured milk for cooking. My favourites are either unsweetened almond milk, or oat milk (again!) for things like mashed potato and white sauces. I tend to use cashew milk or cream (just blend up cashews with water) for Indian curries, and coconut cream in Thai curries. Coconut milk is a popular choice to use in savoury cooking, but I personally find that the coconut flavour doesn’t really work in a lot of cooking. I also don’t like using soy because I find it’s flavour is too strong, too.

Milk for Baking and Sweet Cooking

You need a milk with high levels of fat and protein for baking, so I like to use soy milk. Coconut milk works too, as long as you don’t mind your finished product having a coconut flavour. Almond milk is ok for things like muffins, but fussier recipes generally need something with higher fat content.

Vegan yoghurts generally don’t offer the same type of nutrition that dairy yoghurts do. The only exception is soy yoghurt, which does have calcium in it, but unfortunately we don’t have one available in Australia at the moment. So it basically just depends on which one you like the taste of the best. You can generally find a variety of coconut yoghurts at the supermarket. Some brands, like Nakula here in Australia, don’t have a strong coconut taste, whereas others do. There are also some almond and cashew based yoghurts slowly becoming available. I find the almond ones to be a bit watery, but I love the cashew ones. They’re super creamy.

When you’re giving yoghurt to kids, just keep in mind that most don’t contain calcium like dairy yoghurts. So make sure they’re getting their calcium from another source. You can check out my post where I go through the best plant milks for kids here.

How to Replace Dairy Cheese

Oh wow, I’m going there…. Vegan cheese. Look, I’m just going to say it. Vegan cheese does not taste like dairy cheese. There is no brand that does. So honestly, don’t bother looking. But, before you throw in the towel, there is hope. Your taste buds actually change (they regrow every 21 days) and you will stop liking dairy cheese. I know, I know, you are totally laughing at me right now, but it is true!

So, the best way to give up cheese is to go totally cheese free for 30 days. No dairy cheese, no vegan cheese, nothing. Completely switch your food to meals that don’t need cheese. Go for Chiniese, Thai, Indian, Vietnamese, or even vegan schnitzels or sausages and veggies. Do that for 30 days, and you’ll completely forget what cheese tasted like, and you’ll actually like the vegan alternatives.

So, back to cheese alternatives.

Every single different brand of vegan cheese tastes different. So if you don’t like one, try another. My favourite vegan cheese option is actually my Instant Cashew Cheese. I use it anywhere that I need melted cheese, like on pizza, in Mac and Cheese, Pasta Bake, and Lasagne. The only problem is that it contains nuts. So if I need to avoid nuts, I use a commercial vegan mozzerella like Sheese or Follow Your Heart. There are heaps of other brands, so just try them until you find one you like.

You can also get a few different types of vegan cream cheeses in the supermarket these days too. Companies seem to be branching out into things like Feta and Haloumi, too.

If you’re looking for a cheese or a platter, or to eat with crackers. you can get gourmet nut and sesame based ones from health food and vegan stores. These days you can get anything from Camamberg and Brie, to Blue and Pepper. I love getting one of these for a cheese board with crackers and a glass of wine.

A note about vegan cheeses. Most of the commercial vegan cheeses that you can find in the supermarket are coconut oil based. Unfortunately, they don’t have a lot of nutrients, so it’s best to treat them as a garnish or a treat. They certainly don’t contain calcium like dairy cheese. The nut based cheeses that you can get from health food and vegan shops are healthier because they’re based on nuts, but they can be quite expensive for every day use. I normally use my Instant Cashew Cheese and have a block of cheddar style cheese for my kids’ lunches.

Every time I go to the shops, I find more vegan dairy alternatives, and I swear they are getting better and better. So, if you see something new, try it out!

And if soy milk tastes a bit weird now, or your not that keen on vegan cheese, I promise you that your taste buds will change, and they will actually taste good one day!

Can Kids Get Enough Iron on a Vegan Diet?
Top Tips for Back to School Vegan Lunchboxes
Raise Your Family Vegan | Step 2 Go Egg Free