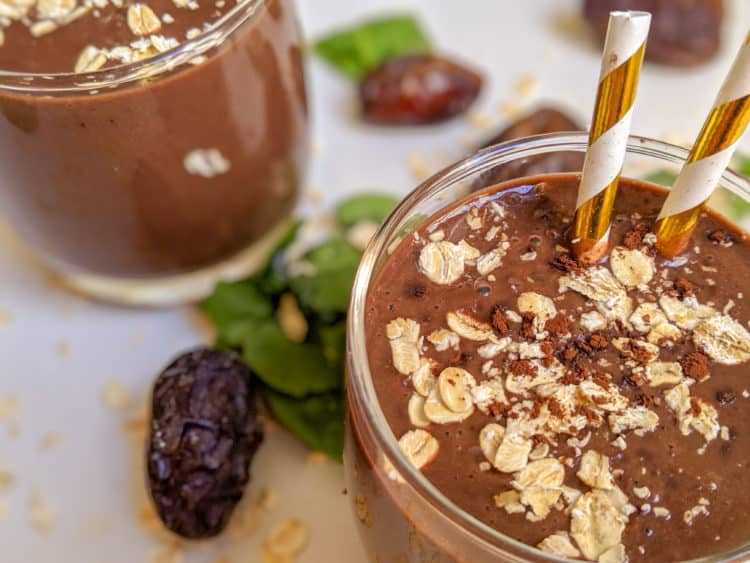 I love smoothies. I find them to be one of the best tools for getting food into fussy kids. You can load them up with veggies, and as long as you make them chocolate, kids will wolf them down. Well, that’s my experience with my kids, at least… When my five year old was younger, he was so incredibly fussy, I think he only ate about five different foods. It was exhausting to try to get him to eat healthy food, but at least he would drink smoothies. I used to make this smoothie for him in the morning, and then I really didn’t care what he ate for the rest of the day. I was devastated when my two year old decided that smoothies were not something enjoyable, and I had to come up with other ways to get healthy food in. Luckily my two year old has now come around to the idea of smoothies, so I’ve been able to start making them again.

This recipe does require a bit of preparation. I usually cut up and roast some sweet potato or butternut pumpkin at the start of the week and just keep it in the fridge to use each day. Sometimes, when I’m feeling super organised, I’ll actually roast a couple of pumpkins and sweet potatoes and freeze single serves in ziplock bags in the freezer. Then I just put the bagful in when I’m making a smoothie. My blender doesn’t have any problems with the frozen pumpkin and sweet potato because it’s a vitamix, but a low powered blender might struggle. If yours does, just put the veggies in the fridge overnight to defrost.

I find this recipe works better with frozen bananas. They give a creamier texture to the smoothie. I normally have a few ziplock bags of banana pieces in the freezer for smoothies, but if you don’t have any available, then you can just use a fresh banana and a handful of ice. 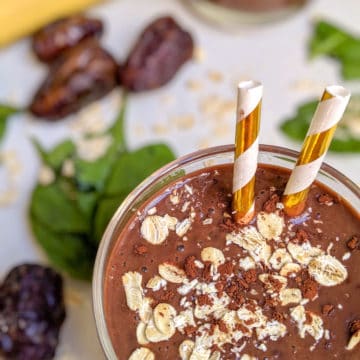