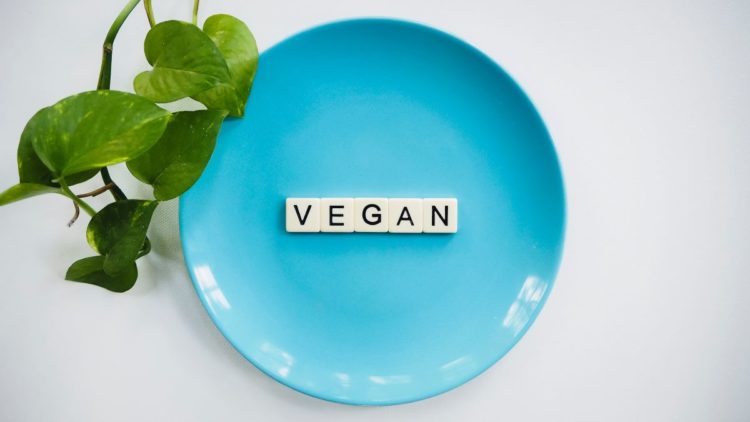 I’m so excited to see all the new people trying out a vegan diet with the new year. It’s really cool to see it becoming more mainstream for people to eat less (or give up) meat and dairy products.

A vegan diet can be a huge change for people, and it can feel quite overwhelming to start with. It actually took me about 3 years to go fully vegan, and I made many mistakes along the way. I decided to put together a list of my top ten tips to transition to a vegan diet, based on what I have learnt so far on my journey. I hope that you’ll find them useful, and you’ll be able to convert to a vegan diet in less than the 3 years it took me!

When you start looking into going vegan, you’ll find that it isn’t just about diet. Veganism is a lifestyle, based on making as little impact on the animals and world around you as possible. You’ll find that there are so many different ways people define veganism, and so many things you can do. Unfortunately, this can get ridiculously overwhelming, extremely fast. When you start reading articles claiming that vegetables aren’t vegan, and there’s animal fat in UK money (and those are just articles I read this week), it can really feel like there’s no point.

But instead of trying to be perfect and do everything at once, start with one thing at a time. I find the easiest place to start is with your food. For some, it may be a case of dropping meat the first week, then eggs the next, and so on. Others might find it easier to go cold turkey on animal products using a meal plan like my 7 Day Beginner Meal Plan.

No matter what you do, just remember that every little bit makes a huge difference. It’s more important to make small changes that you’ll stick to, instead of doing too much and getting overwhelmed and quitting.

2. Forgive Yourself if You Stuff Up

I guarantee that somewhere along your vegan journey, you’re going to stuff up. Whether it be that you buy something that is lactose free, and you assume by mistake that it is dairy free, or you buy crackers and don’t realise they contain milk solids (always check for milk solids… Everything seems to contain milk solids…). Or worse yet, you buy something vegan from a chain store and they assure you it’s vegan chicken/mince/meat and it’s really not. Trust me, one of those is going to happen to you.

Even after being vegan for over 3 years I managed to stuff up the other night. We ordered the most amazingly delicious Lebanese food, which I assumed would have been all vegan. Well, I am allergic to dairy, so if I have any by misstake, I know about it. After eating the Lebanese, I woke up the next morning with the most horrific pains in my stomach. Silly me didn’t think to check whether the potatoes were cooked in butter….

So it happens to everyone. But just because you eat something that isn’t vegan by mistake, doesn’t mean that you aren’t still vegan. It doesn’t discount all of the work you’ve done so far, so don’t let it. Sure, it sucks, and you’ll probably feel like crap, but it doesn’t mean you aren’t still doing amazing things for animals, your health and the environment.

I’m sorry, I know I’m going to really upset some people here, but I have to be honest. Vegan Cheese does not taste like Dairy Cheese.

I’m not saying there aren’t some really amazing vegan cheeses on the market, but if you’re expecting them to taste just like Dairy Cheese, then you will be disappointed. Vegan cheese also doesn’t work well if you use it in the way you used to with dairy cheese. If you liked your pizzas super cheesey, you’ll probably find that vegan cheese really doesn’t taste great like that.

Instead, you need to use vegan cheese differently. It works better if you use a small amount, and then increase the other flavours of the dish. I promise that if you do this, you’ll soon find that cheese really isn’t that important in a dish anyway!

I promise I’m not going to leave you hanging after telling you to avoid cheese – I’m not that mean. To help get dairy out of your system, try to focus on cuisines from countries that don’t use cheese for a while. This gives your taste buds a break, and makes it much easier to give up the yellow stuff. I find that Chinese, Thai, Japanese and Indian foods are really good options because they don’t use much dairy. You do need to be careful of ingredients like fish sauce and chicken and fish stocks in Asian foods if you’re eating out. Middle Eastern fare can be a good option too, although they do still use cheese and butter (as I painfully found out!) in their dishes.

I know I’m going on about cheese quite a lot, but I think it is probably the hardest thing to give up when you go vegan.

It took me about 3 years to fully give up cheese, and that was even while I suspected I had a lactose intolerance. In the end, I wasn’t able to fully give up dairy cheese until I went 30 days cheese free. That’s dairy and vegan cheese.

By giving up all cheese for 30 days, I was able to reset my taste buds. When I finished, dairy cheese actually started to taste quite disgusting, and I quite liked vegan cheese alternatives. I now actually prefer to use my own cashew cheese for pizzas and other dishes.

So, if you’re struggling with giving up dairy cheese, I strongly urge you to consider going cheese free for a month.

This is another area that people really struggle. It can be hard to find a good plant based milk for tea and coffee. For starters, there are so many options, it can be hard to know where to start. Then, to make it even more confusing, different brands taste different, so you cant even try one type of milk like soy milk and decide whether you do or don’t like soy milk in general.

For coffee, I prefer to use a barista blend of soy milk. Just a warning, normal soy milks will curdle in coffee because of the acidity. Barista blends have extra stuff added to cope with the acidity.

Some people love almond milk in their coffee. Personally, I find that it’s a bit too watery. Coconut milk (in the tetra packs, not the tins in the asian food section) is also popular.

Oatly Oat Milk is another great option, especially when you’re starting out. I find it tastes really similar to lite dairy milk, so it can make it easy to switch. I actually have a friend who runs a vegan cafe. He often gives people Oatly milk in their coffee and they don’t even realise they aren’t drinking dairy milk. I haven’t heard as good things about other brands of Oat milk, so I’m not sure if they’re as good.

I struggled for ages to find a milk for tea, and actually gave up until Oatly Oat Milk came to Australia (I promise I have absolutely no affiliation with them, I just find their milk works well in tea and coffee). Some people also like almond or soy milk in tea, but, again, it’s personal preference.

Milk for tea and coffee really is a case of trial and error. Remember also, you need to try different brands, not just different types. But once you find something that works for you, you’re set.

You will come across people who will tell you that vegan meat and cheese substitutes are not healthy, and you shouldn’t use them. I don’t agree with this. I think that changing to a vegan diet is hard enough, you shouldn’t be expecting yourself to make everything from scratch from the get go as well.

When you’re first starting out, feel free to use any vegan sausages, mince, spring rolls, or even take away that you need to (although be warned they can be quite expensive). Once you’ve been doing this for a while, you’ll start to experiment more and start to make your own foods from scratch. But remember point no. 1? Start slow!

Before you start a vegan diet, write down a list of the foods and recipes that you normally eat. Then, spend some time finding vegan alternatives for as many as you can. That way you’re not having to eat completely new and unfamiliar recipes on top of using new ingredients.

It is so much easier to make a change like this if you have someone to do it with. A lot of people switching to a vegan diet can face backlash from friends and family, and it can be really hard to deal with if you don’t have like minded people to talk to. If you’re the only person that you know who is considering a vegan diet, you can find groups online. Facebook is great for finding vegan groups. If you don’t use Facebook, you can also find people through sites like Meet Up. You could even go to your local vegan store or cafe, or even health food store, and ask if they know of anyone there. If you’re really struggling to find people, please email me at [email protected] and I’ll see what I can do to find some people for you.

It can be daunting to be vegan while you’re travelling or in a new place. Make sure you use the power of google when you’re in somewhere new. I always google for vegan locations in the place that I’m going to, and I generally find some amazing places. It’s great because you can also find reviews of different places to help work out what are good options.

I also use the app HappyCow when I’m out and about. It gives you restaurants and shops nearby that have vegan and vegetarian options. I find that it doesn’t always have everything, but if you combine it with a google search, you can normally find something good.

So those are my biggest tips for going vegan. I really hope that they help you to make your transition easier. I’d love to hear in the comments below if you have any other tips to add to the list.

Can Kids Get Enough Iron on a Vegan Diet?
Help Fussy Kids Eat More Veggies
The Big Question: Is a Vegan Diet Healthy for Kids?